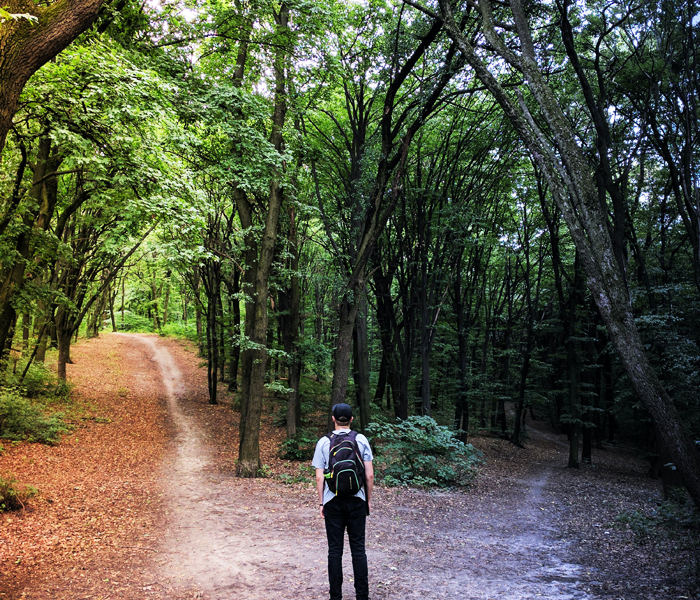 If you thought that the stock market in 2020 seemed a little more volatile than usual, you’re not alone, and you’re not imagining it! But just how volatile was it? And how does 2020 stack up historically?

One simple way of looking at volatility is by calculating the number of days the market moves up or down a certain percentage.  The S&P 500 index goes all the way back to 1928 so that gives us a nice long 92-year history to work with.  If we define volatile as “days the index moved either up or down by more than one percent” we see that it occurred 109 times out of 253 trading days in 2020, or 43% of the time. 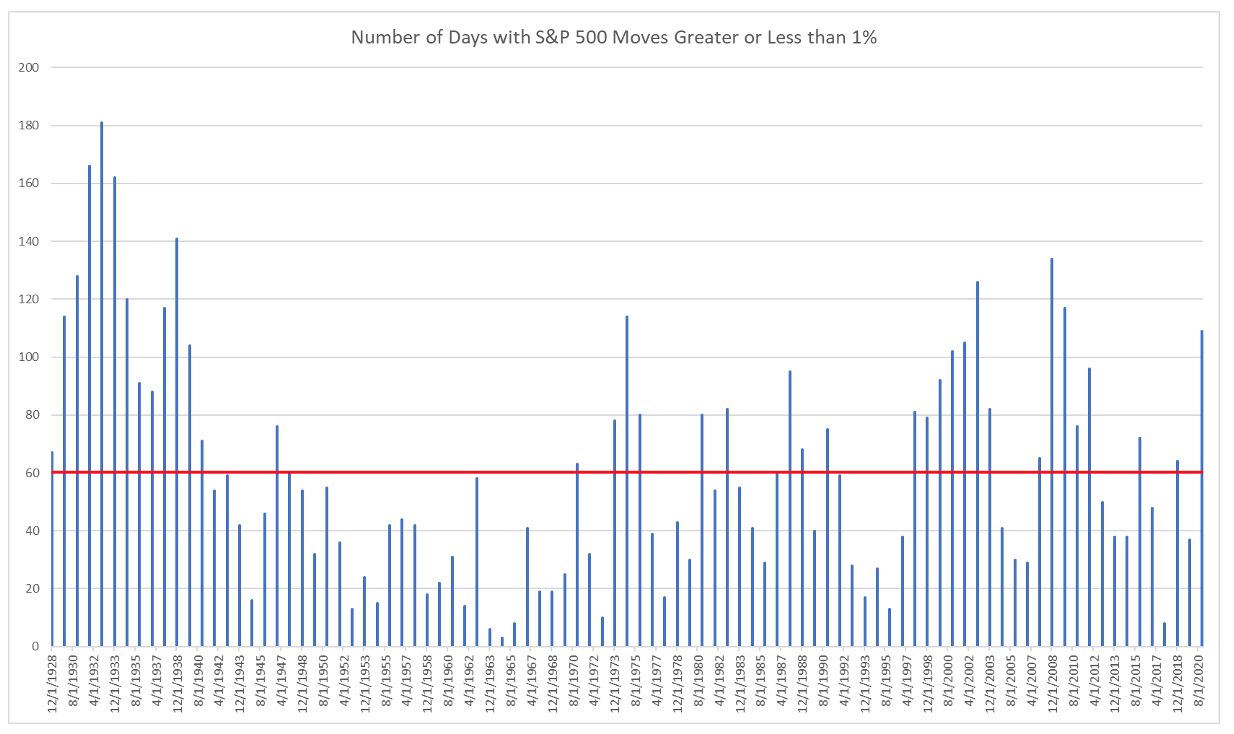 While 1% moves aren’t common, they’re also not really rare.  But what if we raise the bar a little bit and examine the frequency of 4% moves? Well, that tells a different picture. Four percent moves in the S&P 500 have happened on average only three times a year since 1928.  It happened seventeen times in 2020, which ranks it 5th on the all-time list of years with really big moves. So yeah, if you thought it was a little wild last year, you were not imagining it! 2008 had more 4% moves, as did 1931 – 1933, infamous company to be sure. And while the markets may have largely recovered from Covid concerns, the world is still very much in its throes, so it will be interesting to see where 2021 ends up on the list.