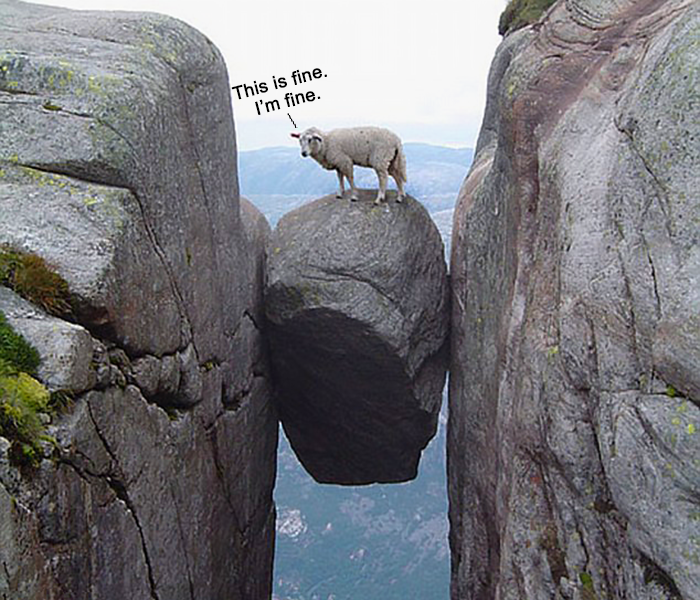 “It’s fair to say that in the 25 years I’ve been doing this I can’t remember a time when so few (if any) disputed the central narrative.  Is this a warning sign or a reflection that the vaccine news has been uniformly positive and game-changing over the last 5 weeks?”
-Deutsche Bank Strategist Jim Reid1

Market analysts often use moving averages when analyzing prices of markets or individual securities. As an example, a 200-day moving average begins with an average of 200 days of prices. Each day that a new price is available, that price is added to the series and the oldest price is removed. The window of data ‘moves’ forward each day and has the effect of smoothing out noise (price swings) that naturally occur in all markets.

Moving averages are most commonly used to help show trends but they can be used in other ways as well. Calculating the difference between a security’s price and its moving average can be a good proxy for market sentiment. When the difference is positive, buyers are said to be in control. When it gets very positive, it suggests that buyers may have gotten too enthusiastic because over time, this difference has always reverted to zero. The opposite is true for negative values. Small negative amounts show a weak market. Large negative numbers show panic which usually marks the end or near end of a decline.

Below is a chart of how far in percent the Russell 2000 (the most common benchmark for small cap stocks) has been above or below its 200-day moving average dating back to 1982. This spread is currently 30.18% above its moving average.  Since 1980, it has only been that high twice before. There was a series of high readings from March to June 1983 that ultimately culminated in a 26% decline in the Russell index. In March of 2000 during the dot com bubble, the spread again surpassed 30%, a feat which preceded a two-year decline in prices in excess of 45%.

While these declines were large, the Russell 2000 is a volatile index to begin with; The historical average decline during any one-year window has been over 18%. Also, the sample size is small. There are only two previous instances of this extreme being reached, so there is no certainty that there will be a similar decline, or even any decline at all.  But what is sure is that the markets are enthusiastic leading into this holiday season on the back of emerging corona vaccines here and abroad.  For the sake of everyone’s health and sanity, lets hope that they work as well as promised and the enthusiasm persists.