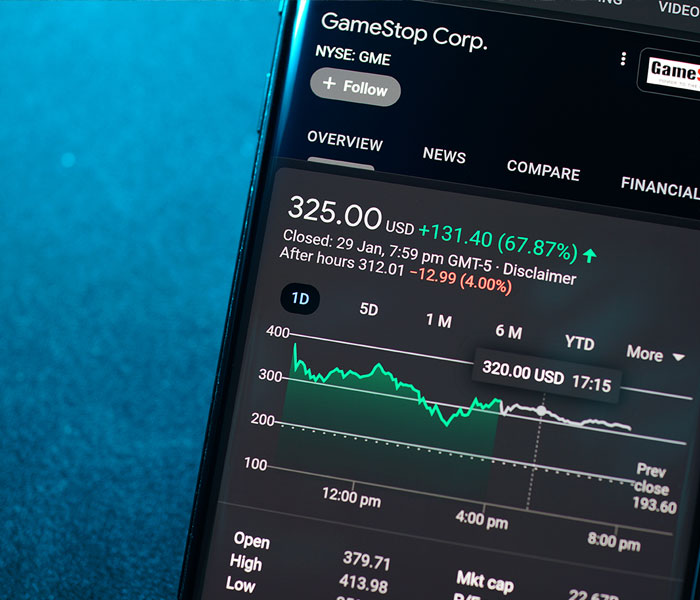 GameStop and the January 2021 Short Squeeze

Pretty straightforward, right? You buy something, wait for it to go up, and then when it does you sell it. But you don’t necessarily have to do it in that order. If you have the right broker who can arrange to loan you the shares, you can sell a stock that you don’t own, wait for it to go down, and then buy it back at a lower price. Same concept, different order. That’s short selling in a nutshell.

While short selling has occasionally been vilified (including this past week) it does have a valuable role to play in the functioning of free markets. We can all agree that stocks generally go up. Because of this phenomenon, the odds are stacked against short sellers so they tend to do their homework. Short sellers have been instrumental in uncovering fraud (Enron, Bernie Madoff, more recently Wirecard etc.) They can even save lives. One short seller uncovered a situation in which a company was allegedly hiding potentially serious problems with a medical device. The short seller was able to force a recall of the device and may well have saved lives in the process.

And when stocks do decline, short sellers buy back stocks. This has the effect of cushioning declines; they are a natural source of buying when nobody else wants to buy.

And that brings us to GameStop, and the extraordinary last week of January, 2021. GameStop, a mall-based video game retailer which has been hammered by Covid, was targeted by short sellers. That’s just part of the process of creative destruction that defines capitalism. But the short sellers got greedy. They sold, they sold more, and then they sold even more. They sold 1.4 times as many shares short as were available to borrow. This ‘over-shorting’ is a form of leverage and it seems that the hedge funds got a painful reminder that leverage can work both ways – both for you and against you.

Word got out about these positions somehow, and small investors on the WallStreetBets website banded together. They bought shares in GameStop, and they encouraged others to do the same. Then they bought more and more shares and refused to sell the shares they did own. The hedge funds who were short GameStop were forced to buy back at ever increasing (and some might say ridiculous) prices. That is the essence of a “short squeeze.”

The problem is that as the price of GameStop continued to rise and the funds holding short-positions got squeezed, they were forced to sell other stocks that they owned to cover the losses they were incurring on their GameStop short positions. Shares in unrelated companies like Apple, Microsoft, and Johnson & Johnson were liquidated and that secondary effect was what rocked the broad stock market late last week.

For now, the risk seems to be contained. The frenzy in GameStop seems to have subsided. The selling of the ‘good’ companies to cover losses in GameStop appears to have ceased. But it’s worth remembering that what led to the volatility in both GameStop and the market wasn’t short selling per se. It was excessive and uncontrolled leverage, and a flash mob like spread of investment ideas. It is worth considering what this means for the future, and emphasizes the interconnectedness, and in some cases fragility, of the equity markets.

p.s. To speak with a financial advisor, visit: ValueMonitoring.com/Welcome.