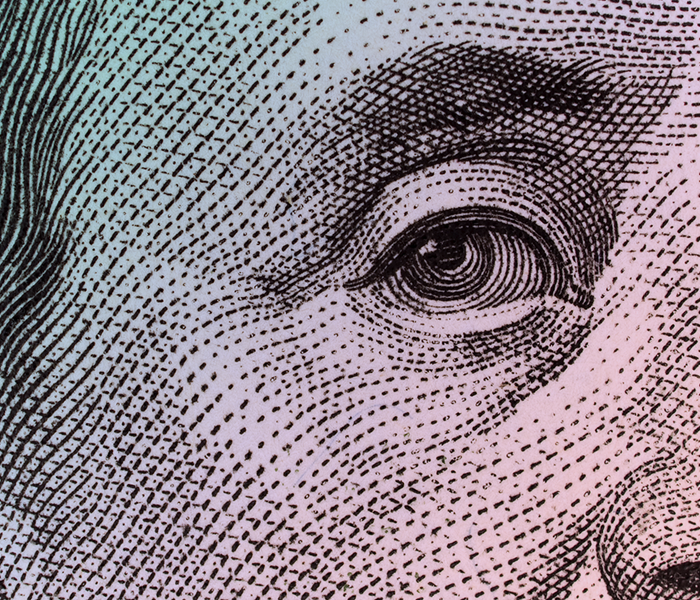 The market for US treasury bonds has been having a tough time of late. The yield on the 10-year note (which moves in the opposite direction of its price) started the month of February around 1.1%. By the end of the month, it had risen to nearly 1.5%.

While that 0.4% rise in yield might not seem like much, a deeper dive into how that affected the price of the notes can help illustrate why the both the stock and bond markets were (and still are) concerned.

Treasury bonds are also known as fixed-income securities. They pay a fixed rate of interest every six months. Yield is essentially that fixed amount of interest relative to the price paid for the bond. Because that interest payment is fixed, as interest rates rise, prices must fall (and vice versa.)

That’s what happened at the end of February – yields rose and prices fell. But because interest rates were so low to begin with, that seemingly small rise in yield caused a very large drop in price.

The drop in price was $446. While that doesn’t sound like much, especially to equity investors who are used to big price swings, that $446 drop in the value of the note divided by the annual $87 interest payment is equal to more than five years of the interest generated by the note!

If you never intend to sell, it doesn’t matter because the note is backed by the full faith and credit of the United States government and you’ll get 100% of your invested dollars back. But anyone who either needs or wants to sell their notes lost more than half of the income that they will ever produce! That’s a big deal and that’s why bond investors were so shaken up by the rise in interest rates during February.

You may have noticed that stock investors were shaken up too. That’s because as bond yields rise, they start to become more attractive to investors as an alternative to stocks. The average dividend yield on stocks in the S&P at the end of February was 1.53% – very close to the 1.50% that default-risk-free bonds were yielding. At that point, many asset allocators and active investors began selling stocks and buying bonds in order to take advantage of the suddenly more attractive bonds.

So why should you care and what should you do? We have some thoughts, and we will cover them in the next note.

Have a great week.

Sincerely,
Jim, Mark, and Dave
p.s. To speak with a financial advisor, click on the calendar app below, go to ValueMonitoring.com/Welcome.